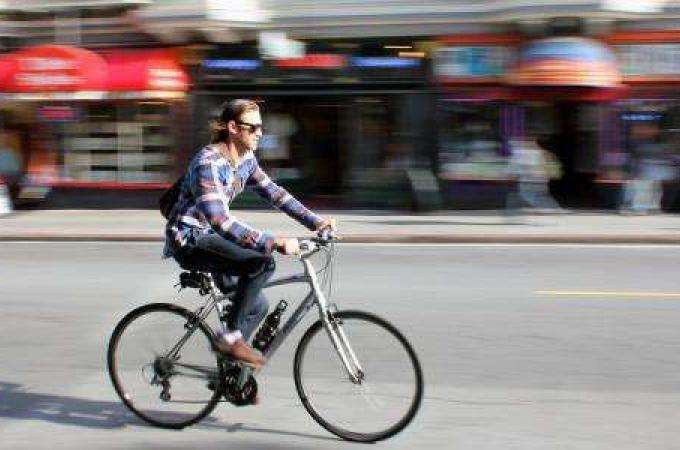 Summer in Paris by bicycle

Cycling and Paris - two words that you'll soon get used to using together. Be one of the first to try the new facilities and embrace the 'little queen' trend that has captivated both Parisians and tourists during your stay at the Vice Versa Hotel.  And, be sure to see professional riders in the Tour de France for some pedal power inspiration!

Traffic jams, pollution, impossible to navigate – forget all the moaners and tune out the frustrated Parisian motorists as you rediscover the City of Light by bicycle. With a helmet and Vélib ', those self-service bikes that you can pick up and drop off at a hundred stations throughout the capital, you always have the choice of two wheels.  And, for those who aren't as energetic, there's the option of an electric bike. That just leaves route planning! You may prefer to see the monuments of Paris from the riverside cycle paths or you might like to explore large woodland areas of the city like the Bois de Boulogne and Vincennes. The choice is yours!

Finally, who could pass up the chance to admire the masters of the handlebars? Just head for the prestigious Avenue des Champs-Élysées on July 29th  to celebrate the arrival of the Tour de France, a sporting event that attracts millions of spectators each year and fascinates cycling fans around the world. At last, after the Alpine passes and roads of the north, the cyclists enter the final few kilometres to Paris where they are greeted with applause and champagne.  The festive and good-natured atmosphere gives Paris a unique air of lightness and relaxation.

Hop on a bike to enjoy the warm summer weather as you discover Paris in a different way. The exercise will clear your conscience before you give in to gluttony and laziness, two of the seven deadly sins that are featured in the rooms of the Vice-Versa Hotel!