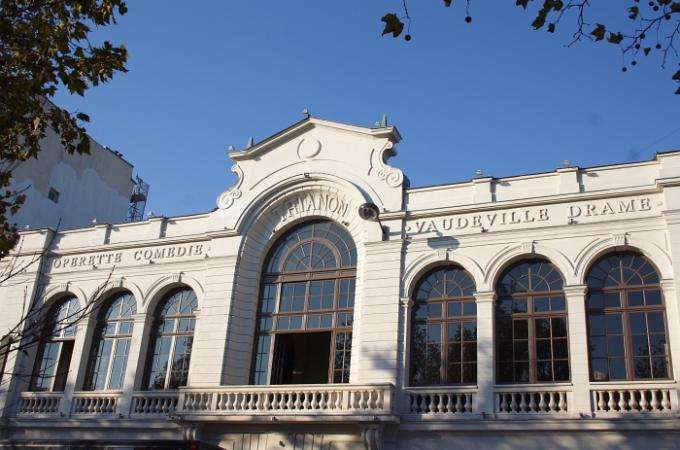 Published on 7 October 2014 in Entertainment

Treat yourself to an unforgettable evening at Slava’s Snow Show at Le Trianon from December 3rd to 20th 2014. Hailed as ‘a theatre classic of the 20th century’ by famous London newspaper The Times, this amazing show will thrill and inspire you. Be sure that you’re in the audience as the ‘best clown in the world’ gets to work by booking your room at Vice Versa Hotel soon. [caption id="attachment_7371" align="aligncenter" width="570"]

As a young man, Slava Polunin moved to Leningrad – now St. Petersburg - to see what his geography teacher called the ‘most beautiful city in the world’. His mother had hoped that he would become a successful engineer, but Slava abandoned his studies at the city’s Engineering & Economics Institute to join a pantomime troupe.

His work in pantomime was highly successful and he became a Laureate of Estrada, the show-business stage in Russia rather than a graduate in engineering. His character Asisyai the clown was born and his fame and popularity grew. Dressed in a yellow boiler suit and red fluffy slippers, Asisyai was inspired by famous contemporaries such as Charlie Chaplin and Marcel Marceau.

Slava continued to work as his alter ego for many years, and as the 20th century gave way to the 21st, a new audience discovered the incredible Slava Polunin and his popularity is as strong as ever.

The advent of an incredible theatre show

Slava’s Snow Show was first performed in 1993, and it’s the perfect Christmas event. This delightful show has won several awards, including the Tony Award for Best Special Theatrical Event, and the Drama Desk Award for Unique Theatrical Experience. Book for one of the performance’s at Le Trianon well in advance as demand is always high when Slava comes to town.

Join in the interactive fun and remember just what it feels like to be a child at Christmas. Giant snowballs and nets that cover the audience will have you demanding more as the world’s best clown captures your heart with his incredible seasonal act.