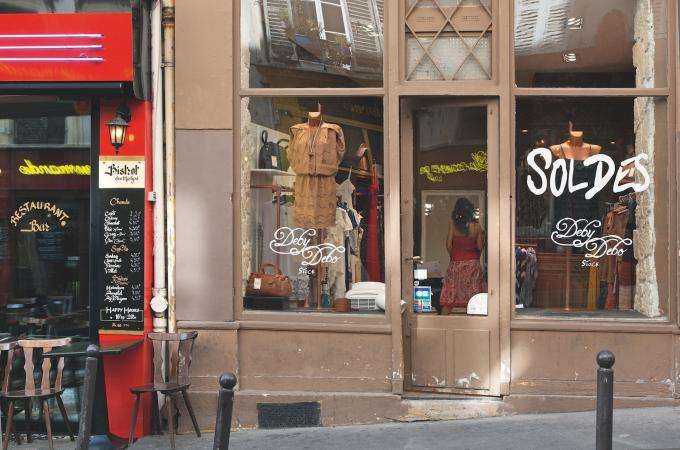 Published on 5 January 2016 in Shopping and Fashion

As 2015 closes and 2016 begins we offer our heartfelt wishes for a year filled with new discoveries and encounters and, of course, radiant good health.  And, once again, it’s time for…..the winter sales. It’s the ideal time to search for that golden nugget, Holy Grail or precious gem. It’s sure to be hidden in one of the countless shops and boutiques of Paris so let’s start at the Beaugrenelle Centre, which is conveniently close to the Hotel Vice Versa.

The pangs of temptation

It's official, the winter sales begin on January 6th, 2016 and end on February 16th. A whole month and a half where major retailers and designer boutiques compete with markdowns, bargains and other "offers". These deals are designed to attract customers, whether they’re looking for coats, dresses, earrings and watches or trendy flat screen TVs for a reasonable sum. Isn’t it time to give your eldest child’s bedroom a makeover? Maybe replace those towels your stepmother gave you so long ago? Perhaps it’s time to splurge on that fabulous pair of boots, which might not be a strictly essential addition to your wardrobe but which will do wonders for your sense of well-being.

Paths to the shops

You’ll find all the major brands like Baccarat and l’Occitane right through to Kusmi Tea and Nature et Decouverte at the modern Beaugrenelle Centre close to the Vice Versa Hotel. However, a good shopping session is also a marvellous pretext for beautiful walks in the streets of the capital. Visit the Opera district for department stores or get off at Sèvres-Babylone where you’ll find the Bon Marché and also the famous Chantelivres children’s bookshop. Wander happily through small streets in the Marais that are lined with artisan jewellery shops, and designer boutiques filled with beautiful clothes.  Put things in perspective, you have to confess that shopping is one of the most delicious sins!