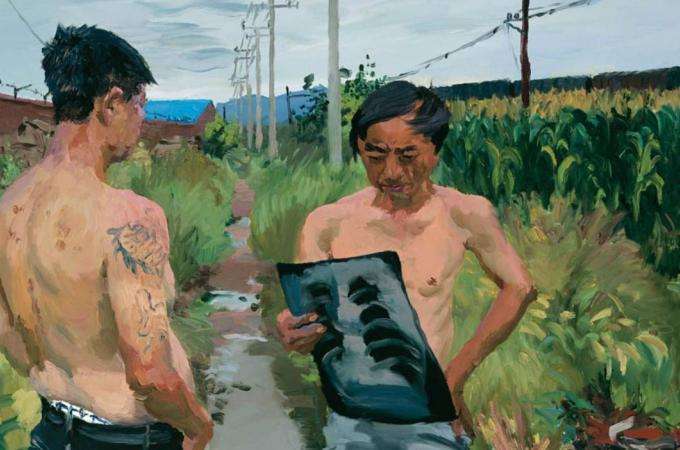 Published on 9 March 2016 in Museum - Exhibitions

Dedicated to art and contemporary artists since its opening in 2014, the Louis Vuitton Foundation puts China in the spotlight until August 29th. Two exhibitions punctuated by screenings, readings and performances present the viewpoints of Chinese artists on their changing country.

First step: "Bentu" from homeland to the world

If "Bentu" literally means "homeland", Chinese designers use the concept as a notion of universality when attempting to define their own identity in a world that seems increasingly vast. Until May 2nd, the exhibition presents the creations of twelve artists living and working in Beijing and Shanghai. The show features a diverse panorama of young, powerful creations that seem to shout the need for expression in a vast range of genres and materials including new video and 3D sculpture, oil painting, ink, silk scroll and reinforced concrete. The economy, ecology, identity, urbanisation and the profound changes in Chinese society are the main concerns of this exciting generation of artists.

Step Two: Tribute to those before

The work of elders who fled China to settle in the West, mainly during the 1980s is presented in a parallel exhibition until September 5th.  The Foundation reveals masterpieces of the Xiamen Dada movement alongside works in the Political Pop Art genre. The first is inspired as the name suggests, by Dadaism, and features totems, the monumental sculpture of Huang Yong Ping, and "100 Arms of Guan Yin". The second, initiated by Wang Guangyi, skilfully mixes the influences of pop art with the reality of the years of Chinese dictatorship. A rare and exciting perspective that can be reached by metro from Hotel Vice Versa within 30 minutes.