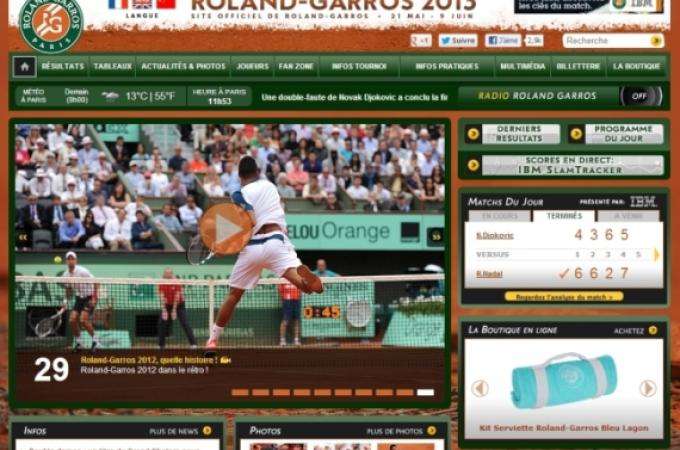 Roland Garros is a stadium whose name has become synonymous with the great sporting event which takes place there each year. From May 21st to June 9th the greatest names in tennis will gather in Paris to fiercely contest The French Open Tennis Championship, one of the four annual Grand Slam events and the world's foremost, and by far the largest, clay-court tennis tournament. Now newly renovated and extended, the stadium has hosted this event since 1928, and you will find it easily accessible by car, bus and Metro from the Vice Versa Hotel, one of the most innovative places to stay in Paris. [caption id="attachment_1547" align="aligncenter" width="570"]

In the grounds of the Roland Garros Stadium can be found the former gardener's cottage that has been converted, with no loss of its original charm, into the Museum of the French Tennis Federation.

This recently revamped state of the art multimedia museum has both permanent and rotating exhibitions vividly chronicling the story of tennis via artifacts, documents, exclusive interviews with the players and archive footage stretching back over a century. All event ticket holders have free access to the museum during the tournament. You will find it open from 10 a.m to 6 p.m. daily.

Make the Vice Versa Hotel your base for the Roland Garros

If you want to stay in a hotel whose style simply shouts out Parisian, then the Vice Versa Hotel should be your choice. Situated on the Rue de la Croix Nivert, this hotel's sensuous decor has been designed around the theme of the seven deadly sins by the noted Chantal Thomass, with an astonishing amount of attention lavished upon the smallest details. Less than five minutes’ walk from three Metro stations, the Vice Versa Hotel is less than five kilometres away from the Roland Garros Stadium. Our friendly staff and convenient location will help make your stay in Paris a truly memorable one.