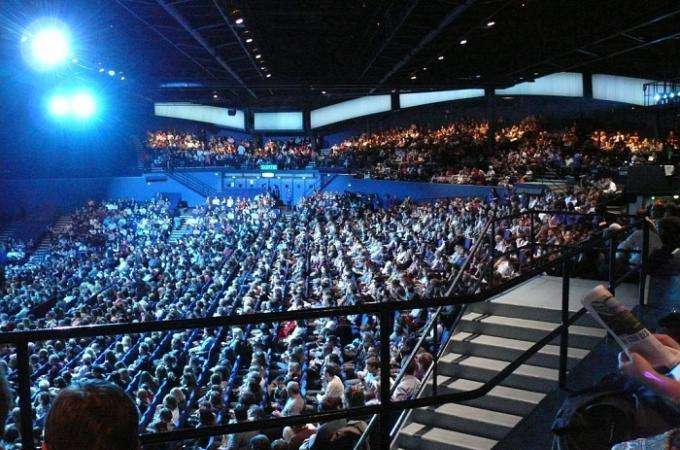 Published on 27 April 2014 in Entertainment

Paris Palais des Sports venue is one of the largest and well known places to see some entertaining and thrilling performances when out and about in Paris. With performances from all categories of live entertainment, there is something here for everyone. [caption id="attachment_4871" align="aligncenter" width="560"]

Paris Palais des Sports venue : where did this venue come from?

The Palais des Sports is a giant indoor sports arena. The venue is capable of holding up to 4,500 people, which makes it perfect for live performances. The establishment was built in 1960, it replaced the Vel' d'Hiv, and at the time it was the largest venue in Paris. Palais des Sports is located in Porte de Versailles, which resides in the fifteenth arrondissement of Paris.

What's on at the Palais des Sports in Paris?

There is a huge selection of performances to choose from, whether it is a comedian you are looking for or the latest hard rock music performance! Following is a taste of the upcoming performances that you could take advantage of:

This is only a small selection of some of the upcoming events. Be sure to take a look at the venue website for a comprehensive list of all the fantastic events that are available in the very near future. There is sure to be something there to tantalise your thirst for entertainment.

If you are staying in Paris in the near future, you should consider staying at the Vice Versa hotel. You will be placed right in the heart of this wonderful Parisian capital and only a five minute walk from the Paris Palais des Sports venue. This is a gorgeous, contemporary and modern hotel, the perfect setting while seeking the artistic pleasures of Paris.