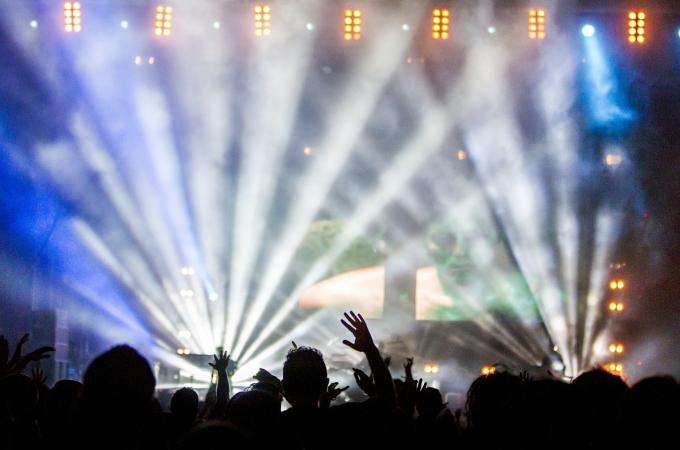 June is when the city resonates with long guitar riffs and musette accents, melancholy blues, or vibrant rap. The music gets going and, at last, summer is in the air. Saint-Ouen, the Jazz Musette Flea Festival from 17th to 20th June is a tasty appetiser to the thousand and one concerts that will take place on Music Day on 21st June. And since it would be a shame to end it there, you can also catch the Solidays festival from June 24th to 26th.

Four days at the flea market

Before becoming the largest flea market in Europe and prior to attracting millions of people, les puces de Saint-Ouen was the domain of thrift shops, scrap dealers, and other travellers who traded in its galleries.  Among the metal sheds and wood stores, pubs sprang up, some of which still exist today, and they attracted musicians and performers of all kind. It is this spirit that Serge Malik and Didier Lockwood, founders of the Jazz Musette Festival, wanted to pay tribute to when they first initiated this exciting gathering. And naturally, it is among the market stalls and in the bars that you can listen to Marcel Azzola, Pierre Blanchard, Thomas Dutronc, or Sanseverino, and a host of promising young talent.

After praising the violinists, trumpeters, slam poets, singers and "baroqueux" passionately after the Festival of Music, you are left with just enough skin on your palms and air in your lungs and love in your heart to head to Longchamps to be a part of the fight against AIDS. At Solidays, you’ll discover dozens of notable artists including Ibrahim Maalouf, Louise Attaque, Yanis, Mr. Oizo, and Odesza.