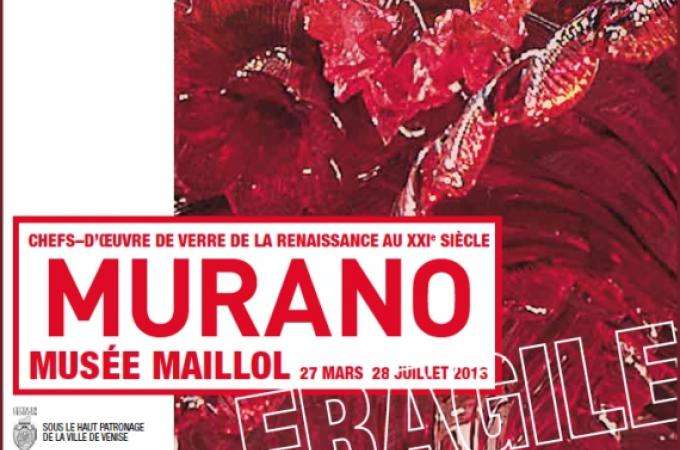 The Murano exhibition Paris is a remarkable show, transporting you through time and space, on a magical journey spanning 7 centuries of glassmaking in Murano. Supported by the city of Venice, this exhibition makes its debut at Paris' Musee Maillol, until the 28th July. The exhibition features over 200 pieces, starting from the 15th century, to contemporary times. The Vice Versa hotel is a short distance from the Maillol museum. [caption id="attachment_1612" align="alignnone" width="570"]

Venetian glassmaking traces back to the days of the Roman Empire, when glass was created for practical purposes, bringing light to spas, in the 10th century. By the 12th century, glassmaking had propelled itself into position of the second most valuable industry in Venice, after shipbuilding. The skilful craft moved to Murano, for a number of reasons, including the intent for controlling forces to monitar the movements of glassmakers, who worked under draconian laws. In the 15th and 16th century, glassmaking in Venice had reached great heights, making important headway in Europe.

Mirrors were created, following a discovery by Angelo Barovier, on how to create clear glass. Byzantine glass reached a pinnacle in the mid-15th century, although the expansion of the Ottoman Empire in 1453 forced master glassmakers to hide out in Venice. The European market began to demand luxurious glass pieces, which Murano glassmakers delivered. Venetian glass was most popular during the Renaissance period and Murano would remain top contributors of glass, until the 17th century.

The Murano exhibition "Fragile" takes you on a journey through time, revealing rare and magnificent pieces to the public. This exhibition, arranged in chronological order, reveals the advancement of technique and style. You'll see extraordinary pieces, ranging from decanters to large furniture items.

Vice Versa hotel a metro ride away from Malliol Museum, venue for the Murano exhibition Paris

The Malliol museum, the venue for the Murano exhibition Paris , is well known for its presentations of the fine art of Aristide Malliol. It is in close proximity to the Vice Versa hotel, taking around 27 minutes from Porte de Versailles to Rue du Bac metro stations. Choose between deluxe and classic rooms, elegantly designed by Chantal Thomass.