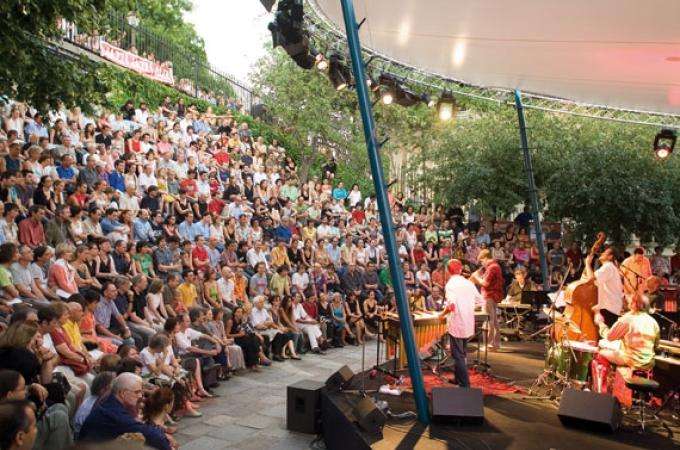 Published on 10 June 2014 in Entertainment

Here at Vice Versa Hotel we enjoy a little music and the numerous live music concerts to herald the summer in Paris, so we've chosen a few events that we hope will inspire you. [caption id="attachment_5461" align="aligncenter" width="570"]

Solidays Festival with a mission

Solidays Festival from June 27th to 29th is a weekend of music with a mission, and it's just 30 minutes from the Vice Versa Hotel on public transport. Top musicians take to the stage free of charge to support the continuing fight against AIDS.

Festival Days Off at Cite de la Musique from 1st to 10th July is something that you won't want to miss. Some of the leading names in pop and rock music are featured in unique presentations, and new wave icon and French cult hero Etienne Daho is this year's guest of honour.

See the best of world music in exceptional outdoor settings or exciting venues all over the city !