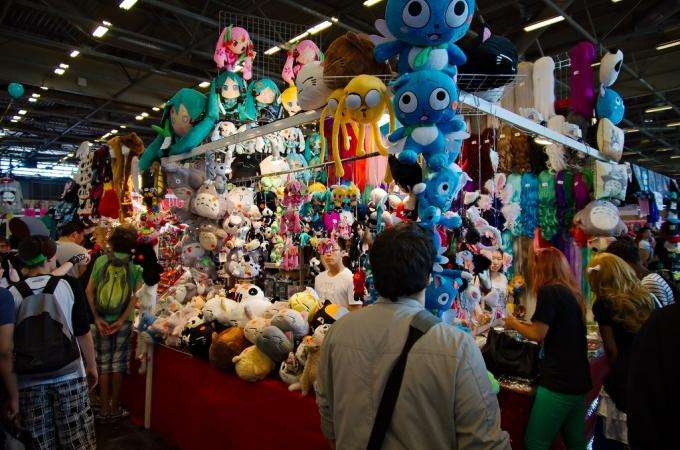 The biggest Japanese culture and leisure festival will return to the Parc des Expos, Villepinte from 6th to 9th July 2017. An event that can’t be ignored, its richness and diversity will dazzle you. In contrast, head to the Avenue des Champs-Elysees on July 23rd, 2017 for the arrival of the Tour de France. Make time for this unique event during your stay in our hotel Vice Versa!

The aim of Japan Expo is to promote Japanese culture in a fun, interactive way. It’s a journey full of discoveries that explores traditional Japanese culture and popular culture. You’ll find manga publishers, video game producers, anime, young designers inspired by all things Japanese, lots of boutiques and more than 150 fanzines among the many exhibitors. Several artists and designers who are part of the Japanese scene have been confirmed for this year’s edition including Umi Kuun and Redjuice. You’ll have the chance to meet the artists as well as the opportunity to buy manga, costumes, katanas and video games. You can attend meetings and conferences or even plan a holiday in Japan at this exciting show. Other activities like concerts, video game tournaments and martial arts exhibitions are also planned – perhaps this explains the 240,000 annual visitors!

The arrival of the Tour de France 2017