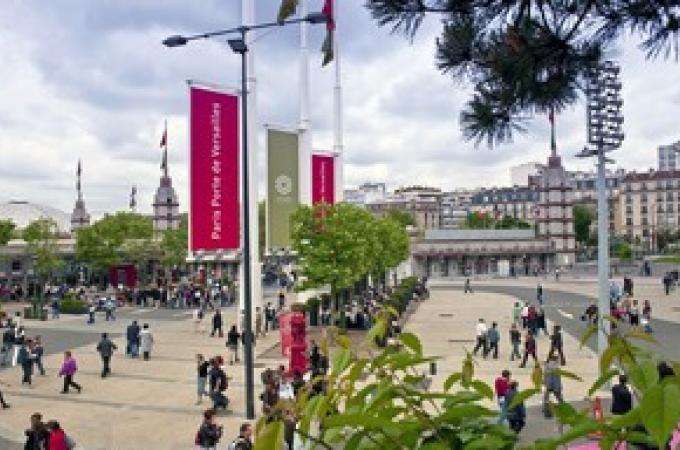 Hotel near Porte de Versailles Paris, a few words to sum up one of the features of the Vice Versa Hotel. It is just a few minutes’ walk from France’s biggest exhibition park.

The Porte de Versailles exhibition park is spread over almost 230000 m². Its 8 pavilions, some of which are connected by covered passageways, host month after month the biggest national and international exhibitions, both for professionals and the general public.

Hotel near Porte de Versailles Paris : some events near the Vice Versa Hotel?

The biggest events which take place each year at Porte de Versailles include the Salon de l’Agriculture, taking place from 23rd February to 3rd March, the Tourism Fair which will take you on a journey from 21st to 24th March, as well as the popular Book Fair, held from 22nd March to 25th March.

The venue also hosts the Motor Show every two years, the Paris Fair in the spring and autumn, and the Golf Fair and Real Estate Exhibition in March and April. The Student Fair always attracts high numbers of visitors, it will run from 15th to 17th February. Numerous other student fairs, specialised by sector, are also held throughout the year.

The Vice Versa Hotelis just a short walk from the Porte de Versailles Exhibition Park, making it the ideal base if you are attending an exhibition, either as a visitor or exhibitor!