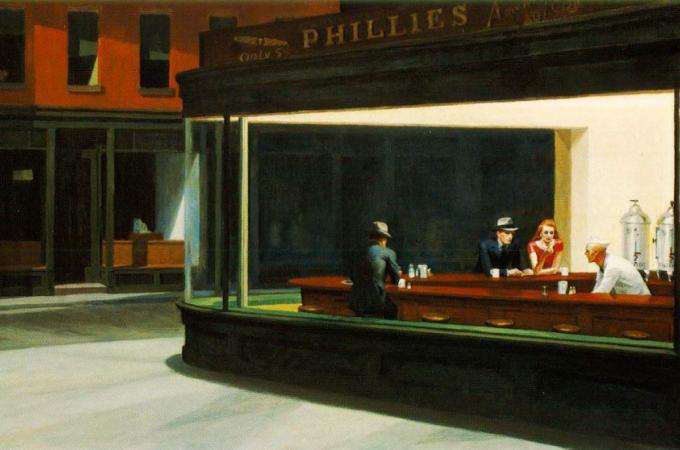 Edward Hopper at the Grand Palais, the unmissable exhibition

Published on 19 December 2012 in Museum - Exhibitions

Edward Hopper is at the heart of a major retrospective, being staged in the national galleries of the Grand Palais, until 28th January. It is the first time in France that such an exhibition has been devoted to the famous American painter, with 130 of his works on display!

Edward Hopper: a major artist of the 20th century

This event is all the more exceptional as there are no paintings by Edward Hopper in the permanent collections of French museums. The Grand Palais therefore is offering an amazing opportunity to admire his most famous and most emblematic paintings such as Nighthawks, Hotel Room and Lighthouse Hill. Imbued with nostalgia, they present mid-20th century America undergoing radical change, modernisation which the artist at times seems to regret. Did you know that Edward Hopper stayed in Paris three times, between 1906 and 1910? It was here that he converted to post-impressionism and discovered a passion for photography alongside Eugène Atget. Enchanted by the charm of French culture, he remained a Francophile for the rest of his life. It is said that he was even able to recite Verlaine’s poetry! Edward Hopper at the Grand Palais - Official Website