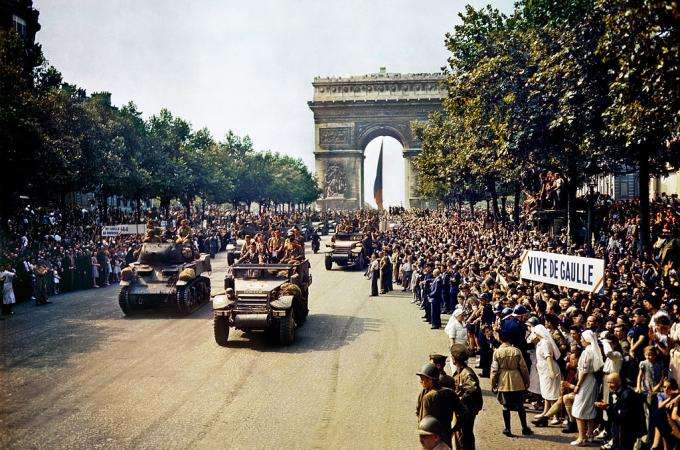 Published on 15 September 2019 in Museum - Exhibitions

The Paris Liberation Museum in Denfert-Rochereau invites you to immerse yourself in the darkest hours but also the most glorious moments of the city and its contemporary history. It’s an exciting place to visit, thanks to its in-depth collections and carefully considered use of interactive technology.

A new setting for the Paris Liberation Museum

Formerly occupying premises above the Gare Montparnasse, the Musée de la Libération has now been moved a few streets away to its new location in the Place Denfert-Rochereau. This site is imbued with a very special significance as the retaking of the square by General Leclerc was one of the key moments of the city’s liberation from Nazi occupation in the summer of 1944. Step inside the museum and you will learn about the occupation, uprising and liberation that made such a profound impression on the history of Paris. You will also meet two men who played vital roles in that period of history; General Leclerc de Hautecloque and Jean Moulin.

An authentic and evocative setting

The museum displays over 7,000 artefacts of all kinds, including archival documents, photographs, films, costumes and more. You can also visit the old underground shelter that was once the secret command post of Colonel Roy-Tanguy, leader of the French Forces of the Interior, the resistance organisation during the later stages of the war. These cramped spaces, 20 metres underground and accessible only by a very steep staircase, will immerse you in the ambiance of the time. Other parts of the museum are dedicated to General Leclerc de Hautecloque, commander of the French 2nd Armoured Division and one of the liberators of Paris, and another to Jean Moulin, a true pillar of the resistance before his arrest and execution.

We have a duty to remember and learn from the past. The reopening of the Paris Liberation Museum in Denfert-Rochereau offers a fascinating and moving look at comparatively recent history.

Hotel Vice Versa, a 4-star boutique hotel in the heart of Paris 15th