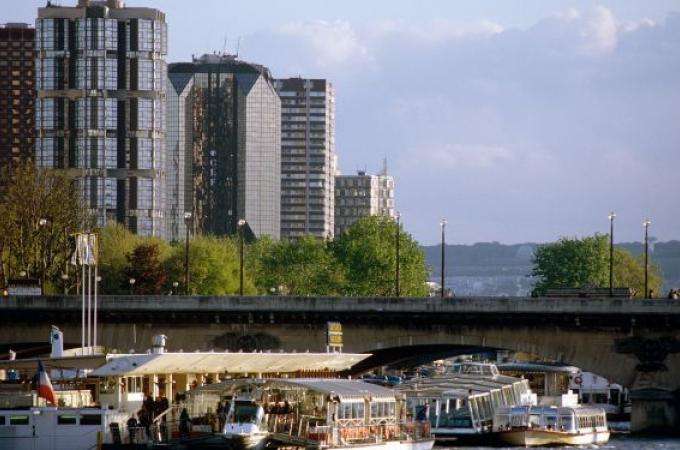 15th arrondissement of Paris in the southwest of the city is largely undiscovered by tourists, but has much to offer. Situated on the Left Bank of the Seine, this district is quiet and charming, and yet is the largest arrondissement in central Paris and, with over 230,000 residents, the most populous. It contains delightful parks, fascinating museums and Europe's largest water park. The 15th is also the home of the Porte de Versailles Convention and Exhibition Centre and the renowned Montparnasse Tower, so the world of business is well represented here, too. As a guest of the daringly innovative Vice Versa Hotel you will be in the heart of this district. [caption id="attachment_2661" align="aligncenter" width="570"]

Paris is arranged into twenty administrative districts, called arrondissements, which are arranged in a clockwise spiral radiating out from the centre. Prior to 1860 there were twelve of these but in the mid 19th century, at the behest of Napoleon III, the city was reconfigured. Baron Georges-Eugene Haussmann was the administrator brought in to oversee this transformation of Paris from a place which was still largely medieval in layout into a modern metropolis. The city still bears the essential design of this radical change today.

A major aspect of these changes was the expansion of Paris to encompass some previously outlying areas and villages. The four administrative sections, or quartiers, of the 15th arrondissement, reflect this expansion. The village of Vaugirard is now the Saint-Lambert quartier, and the formerly undeveloped land which had lain between Vaugirard and the city became Necker quartier. Another village which was incorporated into Paris at this time was Grenelle; which gave its name to the quartier of today. The Javel quartier was once an industrial area where, amongst other factories, a Citroen plant once stood.

The 15th arrondissement is not greatly frequented by tourists and so provides the wise traveller with a golden opportunity to see fascinating aspects of Paris which might otherwise be missed. In our next blog we will go into greater detail about the many treasures to be found here.