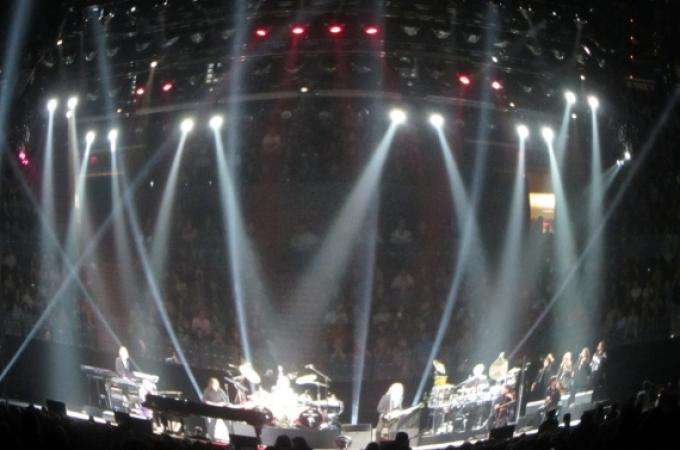 Published on 15 October 2013 in Entertainment

Elton John in Paris 2013 is a unique opportunity for you to catch the first performances of the international singing star at L'Olympia, from 9 to 11 December 2013, for over 13 years. Ensure that you don't miss out on what promises to be one of the sensational events of the year. Plan your stay at the Vice Versa hotel to be within easy reach of the concert hall, and in a magnificent setting that is fit for a star. [caption id="attachment_2521" align="aligncenter" width="570"]

Sir Elton John has been performing for over 40 years and has over 3,000 appearances all over the world to his credit. In a return to Paris after an absence of 13 years, the pop legend will grace the stage of L'Olympia, one of the city's most prestigious venues, for three very special nights, Monday 9th, Tuesday 10th and Wednesday 11th December.

Elton John has established himself as one of the greatest entertainers of our times, and with a string of hits spanning the decades, and numerous spectacular world tours under his belt, his return to the stage is a much anticipated event.

Experience the magical atmosphere as Elton, seated at his famous grand piano, performs his most popular and enduring songs such as 'Rocket Man' the song which launched his career back in the early 70's, 'Don't go Breaking My Heart' his worldwide smash hit duet with Kiki Dee, and 'Your Song' and 'Sorry Seems to be The Hardest Word'. It's sure to be an emotional moment when he sings 'Candle in the Wind', the song which he originally wrote about Marilyn Monroe, and which later was to be the song that he played in memory of his friend at the funeral of Diana, Princess of Wales.

Vice Versa Hotel, the perfect place to return after a sensational evening with Sir Elton John in Paris 2013

Beautifully designed throughout, the Vice Versa Hotel is a glamorous and fitting choice for your stay in Paris, and just minutes to L'Olympia by taxi.