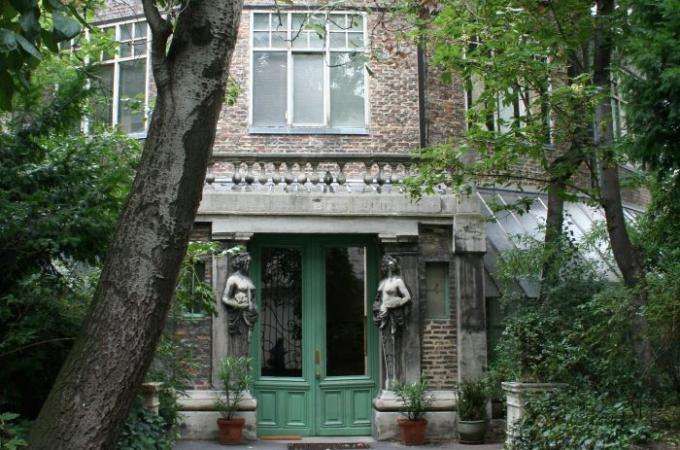 Published on 6 November 2013 in Visit Paris

Artists' residence in Paris 15th is a little known part of the city's history. In a previous article we introduced you to the 15th arrondissement, where the Vice Versa Hotel is situated. Today we'd like to tell you about one of the places of interest to be found here, just fifteen minutes' walk from our hotel. Created in 1902, La Ruche is an artists' residence which is still in use today. This fascinating example of the architecture of the period has a delightful tale to tell. [caption id="attachment_2871" align="aligncenter" width="570"]

Artists' residence in Paris 15th; the story of La Ruche

Gustave Eiffel designed the Bordeaux wine pavilion for the 1900 Great Exposition. This iron framed temporary three storey structure was demolished but later acquired by the successful sculptor Alfred Boucher, whose philanthropic nature saw its potential as a haven for struggling young artists. He was grateful for his artistic career and wished to extend similar opportunities to others.

In 1902 the building was rebuilt and dubbed La Ruche, (The Beehive), due to its shape and Boucher's habit of referring to the artists as 'his bees'. La Ruche provided artists with shared models, an exhibition space, and cheap accommodation. Due to the building's design each atelier was shaped like a wedge of cheese, opening out from a narrow point to an exterior wall with a window. This building became an artistic hub and a refuge for various artists, misfits and lost souls, but more importantly it was a place where dreams could flourish. Amongst those who frequented or lived here were those destined for fame such as Marc Chagall, Amedeo Modigliani and Diego Rivera.

Entering a decline following its golden age, La Ruche was threatened by demolition in 1968 but was saved and restored by supporters such as Jean Paul Sartre and Jean Renoir. Today it is a listed historical monument yet still fulfils its original function. Although not open to the public it is well worth seeing today, and artefacts from its past can be viewed at the Montparnasse Museum.

At the Hotel Vice Versa art is close to our hearts, as evidenced by our design and décor. We will be happy to direct you to La Ruche.